Almost half of butterfly species in Singapore have disappeared

Singapore is losing its butterflies as forests decline and building programmes boom.

Insects make up about 90% of terrestrial animals but there's still a lot we don't know about them. That's a big problem because insects keep the world running. They form the basis of many major food webs and are some of the most important crop pollinators in the world.

Last year it was reported that over 40% of the world's insects are declining, and a third are endangered. The situation is no different in Singapore.

The city-state is relatively small, but it has become a bustling international shipping port. Most of its forest has been cleared since 1819 - only 2% of the tree cover is left. Many animals and plants have become locally extinct in the region, including tigers and orchids.

A new report, published in Science Direct, has used the Museum's scientific collections to review butterfly populations in the region, tracking records back to the early 1800s.

In an international effort led by scientists from National University of Singapore and in collaboration with researchers in the UK, it was found that 132 are now locally extinct from Singapore. Another 104 species are likely to have gone extinct even before they were discovered, according to the study's models.

It means that over the last 160 years, 46% of Singapore's butterflies have disappeared. That is four times more than if the area was untouched by humans, suggesting that tropical insects may be suffering more than other groups from human activity.

Butterflies are useful indicators of how nature is coping with change, because they tend to rely on a small range of specific plants in the early stages of their lives. If a habitat deteriorates or its forest cover gets smaller, butterflies can't thrive and become vulnerable quicker than other organisms.

Butterflies and other insects act as pollinators, decomposers and prey for animals higher up the food chain, so their declines will effect plants and other animals in the ecosystem.

To obtain key data for this study, researchers visited the world's largest collections of butterflies, which is held at the Museum.

'Each specimen tells a story of how the planet has changed in a different moment in time. The holistic study of this dataset provides answers to important questions about extinction, biodiversity loss and climate change.

'We are facing a challenging period for the conservation of species due to the changes human activity is causing, but we are able to document these changes using specimens collected almost 200 years ago.'

Other databases were also consulted from the Global Biodiversity Information Facility (GBIF) and the Naturalis Biodiversity Center in Leiden. However, the oldest recorded specimens for each known butterfly species from Singapore were found in the Museum collections.

The oldest butterflies kept at the Museum date from Singapore's colonial period. British colonisers established a trading post in Singapore in 1819. After that time, western naturalists spent a significant period studying the animals and plants in the area. Many of the specimens eventually made their way to Museum in London.

Since 1819 and the beginning of British rule Singapore has been losing its forests at an ever-increasing rate.

It is likely more species of butterflies will disappear from the tropical regions over the coming years, mostly because the accelerated rate of change in landscapes and loss of native forest. National and local extinctions often go undetected, so efforts to identify them are important for the protection of key areas. 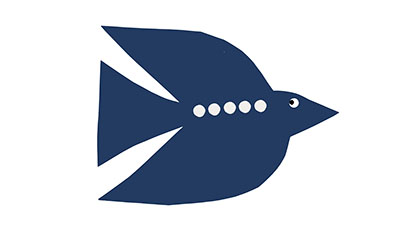 You can help too.

If we act together, we can make a positive difference. Here's how to do your bit to protect nature.