Why is the sea salty? 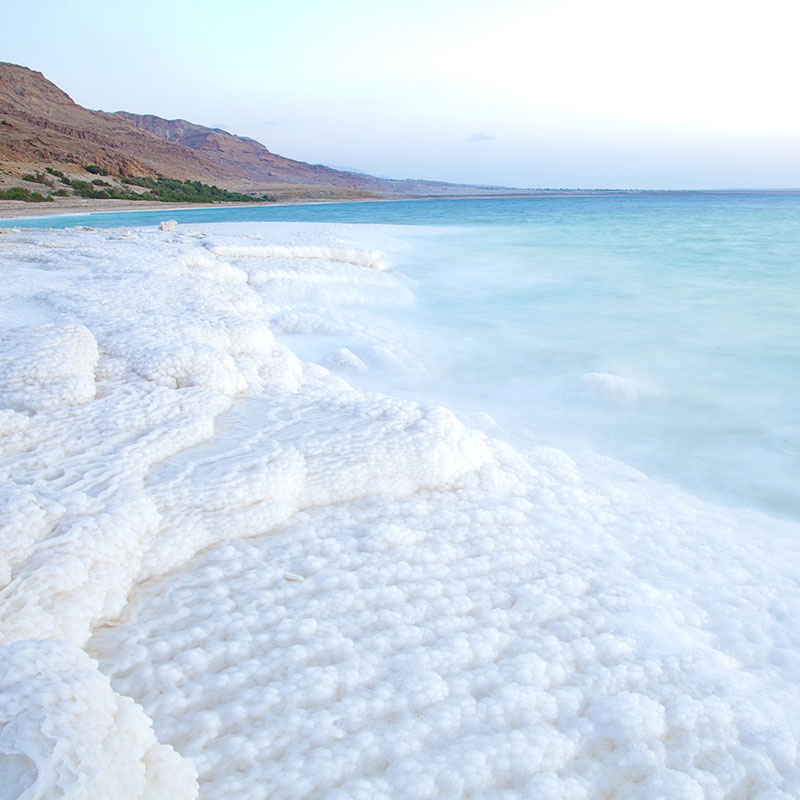 Salt in the sea, or ocean salinity, is mainly caused by rain washing mineral ions from the land into water.

Carbon dioxide in the air dissolves into rainwater, making it slightly acidic. When rain falls, it weathers rocks, releasing mineral salts that separate into ions. These ions are carried with runoff water and ultimately reach the ocean.

Sodium and chloride, the main constituents of the type of salt used in cooking, make up over 90% of all the ions found in seawater. Around 3.5% of the weight of seawater comes from dissolved salts.

Some mineral ions are used by marine animals and plants, removing them from the water. The leftover minerals have built up in concentration over millions of years. Underwater volcanoes and hydrothermal vents on the seabed can also release salts into the ocean.

Isolated bodies of water can become extra salty, or hypersaline, through evaporation. The Dead Sea is an example of this. Its high salt content increases the water's density, which is why people float in the Dead Sea more easily than in the ocean.

What is a coral reef?