How much plastic is in the ocean? 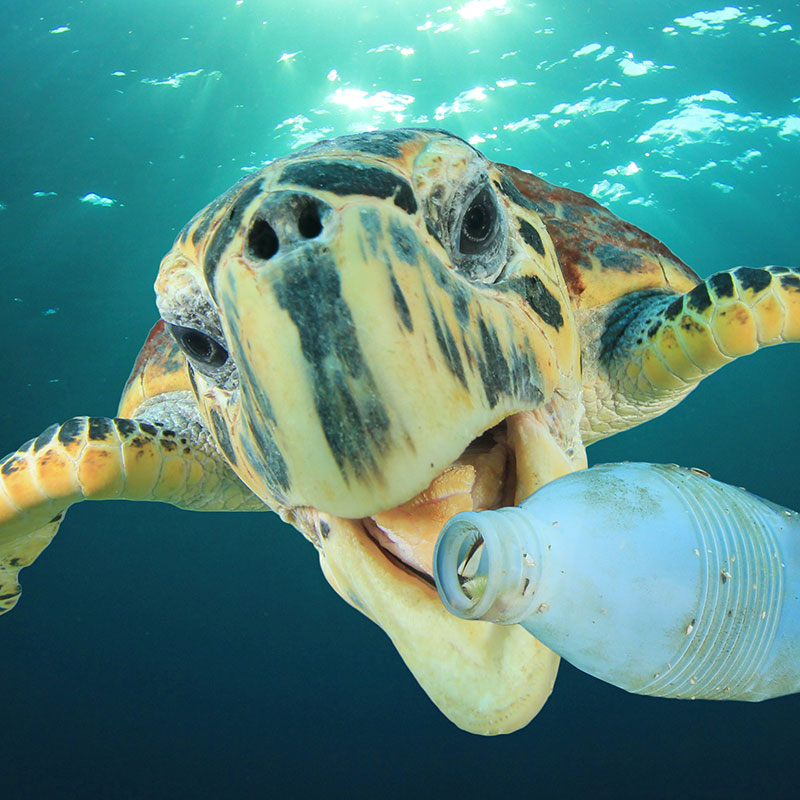 Much of the plastic that does not end up in landfill or go through other waste management pathways (such as recycling or incineration) is thought to end up in the ocean.

Between 4.8 and 12.7 million tonnes of plastic enter the ocean each year, according to figures published in the journal Science in 2015.

Plastic can enter the ocean as large, identifiable items or as microplastics - pieces under five millimetres in length. Both pose a threat to marine life. Large pieces degrade over time to become microplastics, but never fully disappear.

Plastic has accumulated in huge quantities throughout the ocean - even in deep-sea areas previously thought to be untouched by humans.

A 2014 study involving Museum researcher Dr Lucy Woodall found high levels of contamination in deep-sea sediments. It revealed that around four billion microscopic plastic fibres could be littering each square kilometre of deep-sea sediment around the world.

Find out how plastic is affecting marine life.