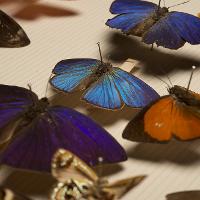 These insects are from Alfred Russel Wallace’s personal collection. He co-discovered the theory of evolution by natural selection with Charles Darwin. He kept very few of the specimens he collected. 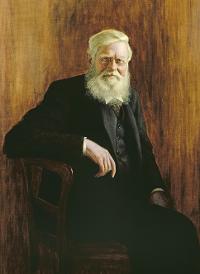 At the time of his death, Wallace was probably the most famous and well-respected scientist in the world, but his origins were humble.

He was forced to leave school aged 14 to earn his living. Working as a land surveyor in the English and Welsh countryside, he started to study the living things around him.

Wallace’s drawing of an armoured catfish (Hypostomus plecostomus) saved from the sinking of his ship, the Helen.

In 1848, Wallace embarked on a new career, as a professional collector. He could follow his passion by selling specimens for profit. He travelled in the Amazon for four years where he collected thousands of animals.

But on the journey home his ship caught fire, destroying everything onboard. All he could save was a small box of drawings.

Map of the Malay Archipelago by Wallace, 1874.

Not losing heart, Wallace set off again, to the Malay Archipelago, now Singapore, Malaysia and Indonesia, on a monumental eight-year expedition.

One of the first naturalists to extensively explore these islands, he collected thousands of species new to science. He was already convinced by the idea of evolution, but was trying to understand how it happened.

The struggle for survival 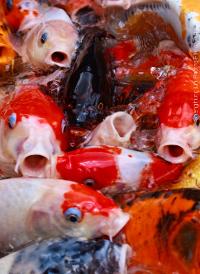 Wallace had plenty of time to think, when in 1858, he was hit by fever and was bed bound.
He thought about Thomas Malthus’s theory that human population growth would force competition for resources. Only the best competitors would survive.

Wallace wondered, could this be applied to animals, too? The theory of evolution by natural selection came to him in a flash. 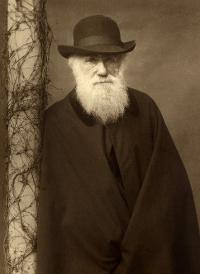 Thrilled by his revelation, Wallace wrote to someone he knew would be interested: Charles Darwin. Incredibly, the same theory had occurred to Darwin 20 years earlier, he just hadn’t published it yet.

Darwin was dismayed that someone else had summarised it so neatly, beating him to it. They were given joint recognition at a meeting of the Linnean Society in July 1858. 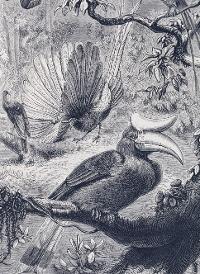 Malayan birds from Wallace’s book The Geographical Distribution of Animals, 1876.

Despite shooting to fame for his evolution theory, Wallace has been overshadowed by Darwin. But Wallace has many achievements worth remembering.

Wallace’s golden birdwing butterfly (Ornithoptera croesus). ‘… on taking it out of my net and opening the glorious wings, my heart began to beat violently...’

Wallace’s southeast Asian expedition yielded groundbreaking intellectual discoveries as well as phenomenal collections. He sold most of them in the late 1860s, keeping very few for himself.

This small insect collection was purchased by the Museum from his family in 2002. Still pinned out as he arranged them in a series of drawers, they will be displayed on rotation to avoid damage by light. 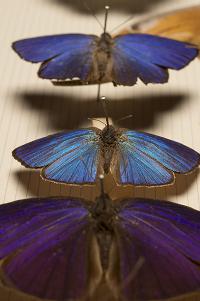 Sort butterflies into family groups and watch a video about Alfred Russel Wallace, in the Darwin Centre, in the Orange Zone.