C. On the Origin of Species

Rare first edition of Charles Darwin’s On the Origin of Species, the book that changed the way we look at the world, 1859.

This book was acquired by the Museum through the generous support of the National Heritage Memorial Fund and the Charles Hayward Foundation.

The secret of life 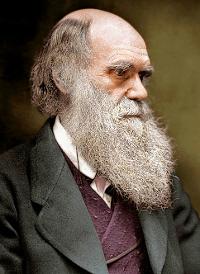 This is a rare first edition of Charles Darwin’s On the Origin of Species, the most important book in biology, in which he describes his theory of evolution by natural selection.

Mind of a genius 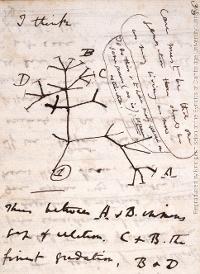 The first evolutionary tree sketched by Darwin in 1837 beneath the words ‘I think’.

The book explained how new species evolve. Tiny variations between individuals can give one or the other a competitive advantage, Darwin argued. Generation after generation those tiny advantages are passed down, or selected, until the species eventually changes. Sounds simple to us now but at the time it was truly radical. 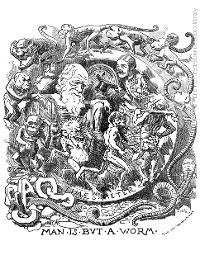 Most people then believed God had designed all living things. Suggesting otherwise went against everything they thought they knew.

A global debate erupted both among scientists and the public. Still the book sold out on the day it was published. Darwin created five more updated editions in his lifetime. But this wasn’t the original plan. 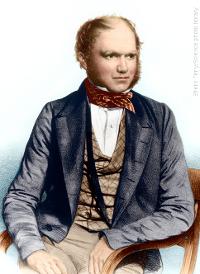 Darwin had not meant to publish as early as he did. He’d spent 20 years agonising over every detail, and had only just persuaded himself to publish his thoughts as a weighty academic book called Natural Selection. His work was cut short in 1858 when it seemed he’d been beaten to it. 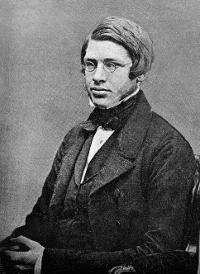 Neither Darwin nor Wallace was at the meeting on 1 July 1858. Darwin was grieving the death from scarlet fever of his young son Charles and Wallace, who was on a collecting expedition in remote Indonesia, only heard about it later.

Darwin then pressed ahead, and on 24 November 1859 he published a short version of his book with the full title On the Origin of Species by Means of Natural Selection, or the Preservation of Favoured Races in the Struggle for Life.

Its success may partly have been the conversational rather than academic writing style. 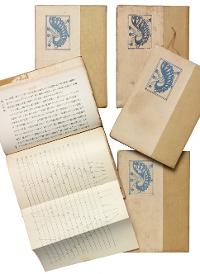 Japanese translation of On the Origin of Species, Shu No Kigen, Tokyo, 1914.

Darwin was keen for his ideas to reach as many people as possible and for his books to be read in many different languages.

The book’s influence was so great that within a year it had been published in German. In Darwin’s lifetime it was also translated into Danish, Dutch, French, Hungarian, Italian, Polish, Russian, Serbian, Spanish and Swedish. 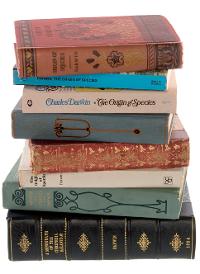 All 16 of Darwin’s books are still in print in various forms and languages.

The Museum’s library holds the world's largest concentration of Darwin’s works. We have 478 editions of On the Origin of Species in 38 languages including Braille.

We are still collecting new translations, but none is as precious as this very first. 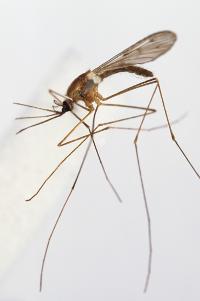 Discover how DNA analysis can help scientists identify the difference between one species and another, in the Darwin Centre, in the Orange Zone.
Tweet #NHMtreasures