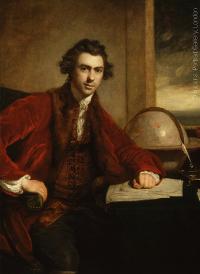 This plant was collected by the young scientist Joseph Banks on Endeavour, Captain Cook’s first voyage to Australia in 1770. The incredible numbers of species they discovered fuelled Banks’ ambition to revolutionise global trade and scientific exploration. 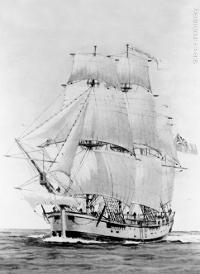 Captain James Cook (1728–1779) set sail aboard Endeavour in 1768 to travel around the world.
It was one of the first scientific voyages funded by the state.

But Banks was rich, and so bought places on board for himself, seven assistants and two dogs. He wanted to go further than anyone before, collecting and classifying the world’s plants.

Cook’s firt mission was to Tahiti, to chart Venus as it crossed over the sun.

Astronomers hoped this rare chance to watch its celestial movements between Earth and the sun would shed light on the distances between them and the size of the solar system.

This done he revealed a second secret mission: to discover the mysterious Southern Continent. 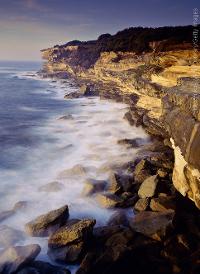 After weeks of searching, they instead found Australia. The first Europeans to chart the eastern coast, they marvelled at the extraordinary wildlife.

Banks and his assistant Daniel Solander collected so many plants at their first landing site near what would become Sydney, Cook named it Botany Bay. By the end of the voyage, they collected more than 30,000 plants and 1,000 animals. 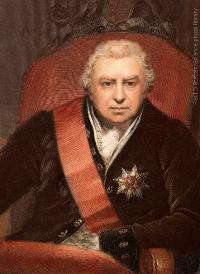 Sir Joseph Banks as president of the Royal Society, 1809.

Cook and Banks returned heroes. They had staked England’s claim on a new territory and discovered a colourful world of plant and animal life. Banks effectively became chief scientific advisor to the government. He persuaded them to regularly include scientists on naval voyages. Finding out what natural resources could be exploited proved as valuable to the British Empire’s economy as claiming new military territories.

One of the most enduring legacies may be from taking the commercially valuable crop tea from China and growing it in India, enabling mass British consumption.

Banks’ global interests were reflected in the enormous natural history, ethnography and literature collections he amassed.

He gave away many of his Endeavour specimens but kept his beloved plants until his death in 1820.

His librarian, Robert Brown, transferred them to the British Museum, from which the Natural History Museum was born.

Banks became distracted by other commitments and never published his Australian botanical discoveries. He had more than 750 illustrations engraved onto copper plates ready to be printed from, but that didn’t happen until more than 200 years later, in the 1980s.

Banks’ botanical collections are a precious record of Australia’s indigenous flora and the importance of science in the history of Empire. 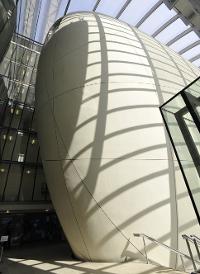 Plan your own virtual collecting expedition and find out about modern collecting in the Darwin Centre, in the Orange Zone.