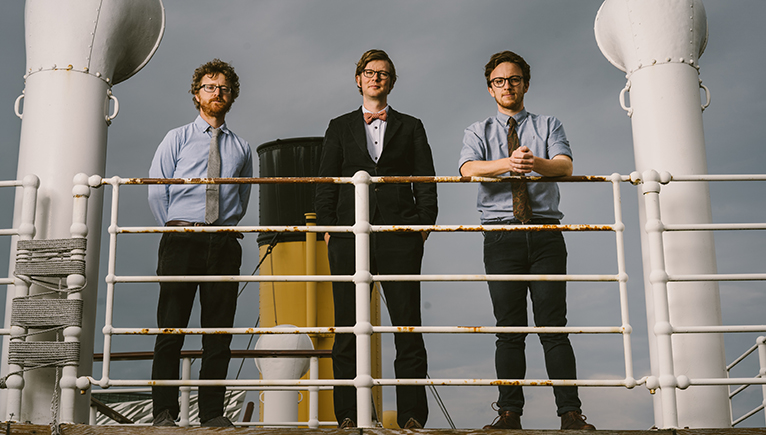 Art-rock band Public Service Broadcasting will play in the iconic Hintze Hall on 17 May 2019.

This event has now sold out.

For one night only, art-rock band Public Service Broadcasting will bring their full audio-visual show to the Museum's Hintze Hall.

Following a sold out concert at the Royal Albert Hall in November 2018, the band will perform songs from their 2015 album The Race for Space, a concept album that relives the story of the American and Soviet space race, alongside other selected tracks from their discography, including their recent UK top 5 album Every Valley.

Attendees will have a chance to first explore Luke Jerram's breathtaking installation, Museum of the Moon, in the Jerwood Gallery before the show. The artwork offers an awe-inspiring sight of NASA imagery projected onto a sphere.

Public Service Broadcasting is the first of many Moon-themed events at the Museum, taking place between May and September.

Luke Jerram's artwork, Museum of the Moon, will be on display before the show. © Carl Milner

Members can purchase discount tickets for this event. Please bring your membership card with you to the event. Not a Member? Join today.

What is Museum of the Moon?

Museum of the Moon is a touring artwork by UK artist Luke Jerram. See it for yourself in the Jerwood Gallery from 17 May to 8 September. Free