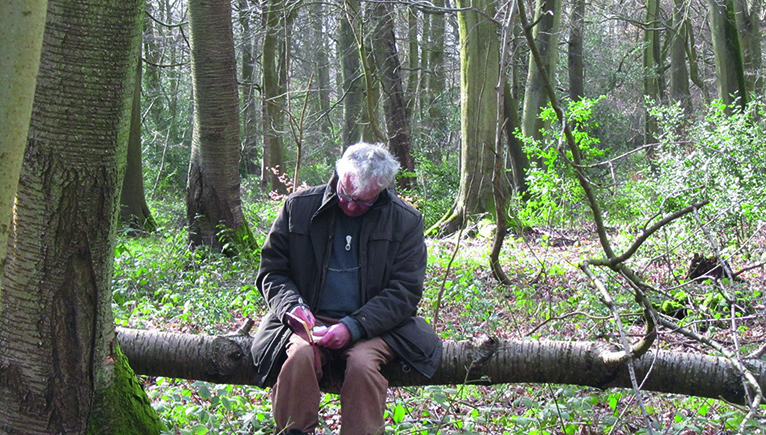 Professor Richard Fortey is an acclaimed and multi-award-winning writer and television presenter alongside his role as Senior Palaeontologist at the Museum.

Join us for an hour of inspiring and home-grown natural history as he discusses how he went from curious child to world-renowned scientist with Merit Researcher and dinosaur specialist, Professor Paul Barrett.

Charming, funny and wise, in 'A Curious Boy', Richard retraces a life in the thrall of science and shows how restless curiosity about the natural world led him to become a leading scientist and writer.

From a garden shed laboratory where he manufactured the greatest stink in the world to a tent high in the arctic in pursuit of fossils, in this book Richard divulges his obsession and love of nature.

'What makes a scientist? I was first made on a riverbank. Did my early life somehow dictate the person I became? That small boy in grey flannel shorts doggedly tracking a virtuoso father along a chalk stream eventually became a scientist and writer. The roots of my own life were nourished on summer days in the Berkshire countryside just pottering about and wading through marshes.'

This talk is free to attend and will be available to view via a private web link accessible to all our supporters on The Hive.

Members and Patrons will also receive an email with the private web link on the day of the talk.

Please ensure you are opted in to receive our e-newsletters. If you have not received an e-newsletter recently, please contact us to confirm your email address.

Got a burning question?

You can ask questions in real-time while the talk is happening. Head to the video on YouTube and type your question into the chat box.

This event is part of a series of unique talks, tours and viewings  for our Members, Patrons, Supporters and Corporate Members only.

Not a Member? Join today

Members and Patrons enjoy free entry to all exhibitions, priority access, Member-only viewing hours, a programme of exclusive events and many more benefits..

We need your help

The Natural History Museum is a charity which relies on your support. And the Museum's role is now more important than ever. Our scientists are uncovering answers to big issues facing humanity and the planet, and together, we can tackle these challenges.

So if you could help us with a donation - no matter the size - we'd greatly appreciate it. Thank you.