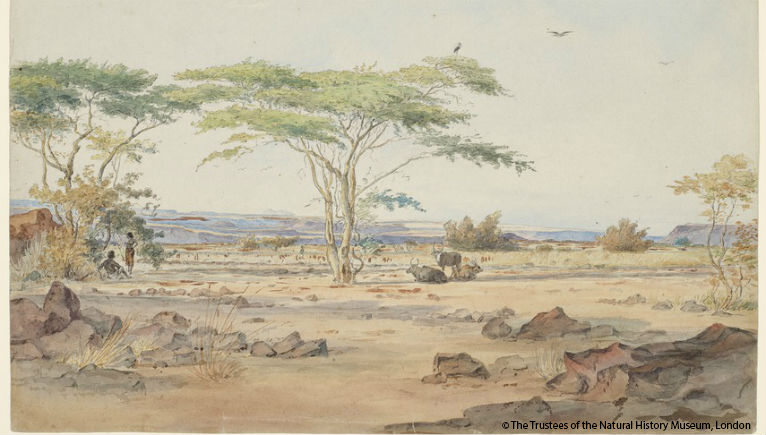 Watercolour by Johann Martin Bernatz, 1842. Bernatz was the official artist on the British diplomatic expedition to Shewa, Ethiopia 1841-1843.

Expeditions and Endeavours is now closed.

For centuries, scientists and artists have embarked on a succession of expeditions to document the natural world.

The observations of flora and fauna made by the artists on these voyages of natural history have contributed greatly to our understanding of nature.

The exhibition was on display until 31 October 2019.

Highlights from each rotation include:

How to find Images of Nature

Images of Nature is in the Blue Zone.

Make sure your visit runs smoothly with our guide to cloakrooms, toilets, lifts and parking. You'll also find information about facilities for disabled visitors.